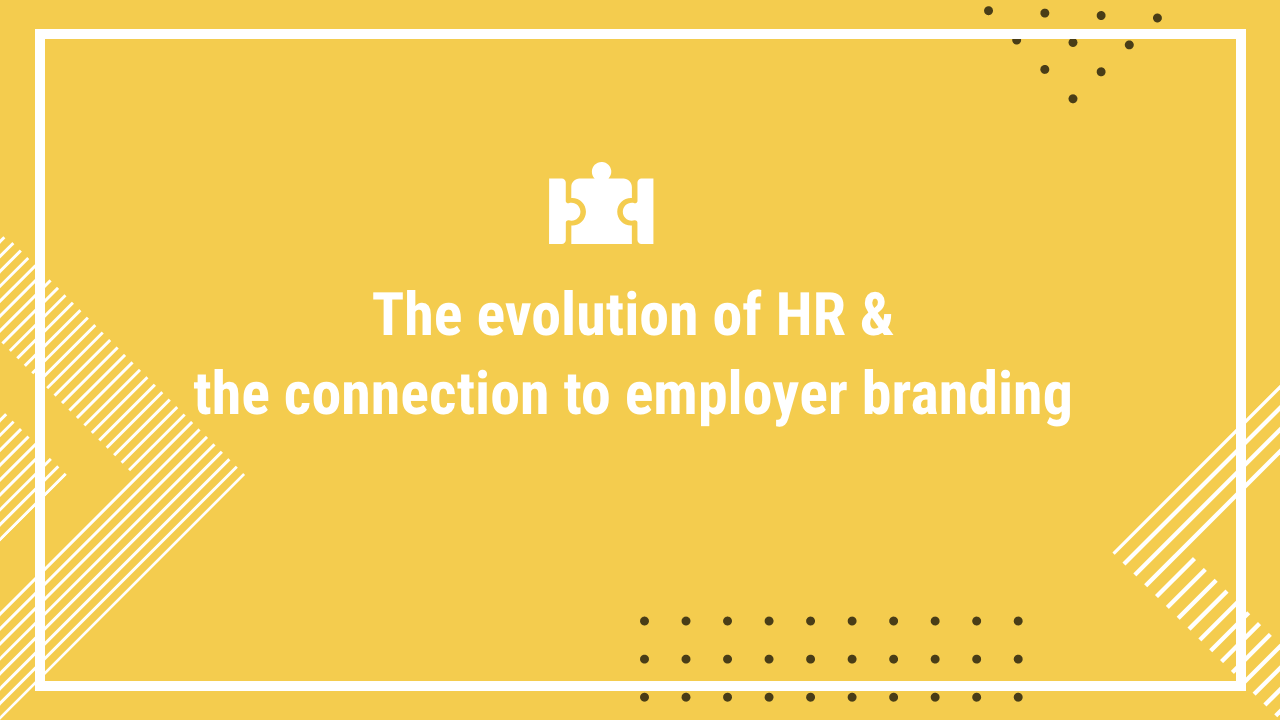 A bit of HR history

In the early 1900s, Taylorism –  the philosophy of mechanical engineer Frederick Winslow Taylor – encouraged business leaders and their companies to embrace the notion of efficient production. He demonstrated that staff efficiency could be quadrupled if the workers were given better shovels to work with.

The philosophy is still applicable today – and, thank God, not only in tech. As we learned from David Thompson, Employer Branding Consultant & Director at Employer Branding Made Easy, listening to the needs of your people (in factories, for example), can lead to significant changes in morale and, consequently, efficiency.

“I ran a series of focus groups with people who were working in a distribution center. What came out was they had cold feet; the boots that they were wearing were insufficient. And as a result, they were pretty unhappy. But the question was never asked in the engagement survey – how are your feet? You can only get that by going and talking to groups of people.”(Employer Branding T.I.P S02 Ep.4)

Following Taylorism, around the same period, The National Cash Register Company was dealing with a series of quality control issues and devastating strikes, eventually leading to the creation of a staff department. Administrative tasks were coupled with hiring and firing people, as well as managing various employee concerns. The owner, John Henry Patterson, was the first to realize that work efficiency links to factors independent of production methods, and employee well-being finally became a precondition for business success.

1. Treat people well and they will treat you well. Be square with them.

2. Do not try to take advantage of employees and do not try to get the last cent’s worth of energy out of them.

3. It pays to do good; it pays to help them help themselves in every moral and physical way and to also give them every possible opportunity of advancing.

4. The basis of good product is labor, or workers who go forward willingly and enthusiastically as a team.

5. Let every worker have the opportunity to make complaints and suggestions for betterments, reward them adequately, and make it impossible for a man to be fired on account of a personal dispute with the foreman or other subordinate.

Different processes, decisions, and activities fall under the modern HR management umbrella. Some are over 100 years old and are still applied today, others have yet to be fully implemented. In the lines that follow, we’ll cover the elements that changed HRM forever – from the old-fashioned to the holistic approach. Simultaneously, we’ll head to its core and find the link that binds HRM to employer branding.

The more a company grows, the higher the chances of setting up an HR management (HRM) department. The modern HRM umbrella can be split into 4 main categories, and it may include as many as  15 HR roles, depending on the size of the company.

Over the years, the complexities brought on by human resources forced organizations to partner up with external providers to help with critical needs. Hiring qualified professionals takes time and resources; hence, the birth of recruitment marketing. Retaining employees led to the birth of additional HR departments, such as People & Culture Management, and last but not least, the struggle of managing a company’s reputation led to the creation of Employer Branding.

HR in the 90s versus HR today

Back in the 1990s, corporate restructuring, downsizing, and delayering, led consultants and management gurus to promote the idea of a flattened hierarchy ruled by stiff and mechanical processes. Things changed drastically in the 2000s when business leaders befriended technology, and HR switched from being a financial to a business-oriented role.

The mid-90s was also considered “the age of compliance” that led to the creation of pro-employee legislation forces, thus compelling HR to shift focus and pay even more attention to employee rights and needs. And yet, “the information age” (1981- 2000), made HR into an “office villain” amid globalization, deregulation, and rampant downsizing. In 1987 alone, an estimated 3.5 million U.S. workers lost their jobs to downsizing or outsourcing.

Fast forward to the 2000s, HR gets back on its feet as the “people department age” makes a comeback, triggering a return to early philosophies, and an attempt to repair the relationship between employees and employers. After an 80-year gap, an updated version of Taylorism emerges. In-office games, break rooms, private health insurance, and gym memberships quickly become added-value perks that increase employee engagement, and indirectly ROI.

As companies realized the importance of employee engagement, recruitment, retention, benefits, and embracing change, the HR practitioner of today becomes more of a business partner. HR executives feel the need to challenge the status quo and come up with new strategies to ensure employee well-being while also increasing a company’s ROI. Their most important realization is that employees are not numbers, but vital assets to a company’s success. So how does one keep them happy and where does employer branding come in?

One of the main challenges of HR today is keeping the workforce engaged. On top of that, attracting qualified professionals is yet another concern. As talent acquisition, as a function of HR, increases in demand, leaders in tech have realized in recent years the importance of having a strong employer brand.

The stronger the employer brand, the happier the employees. Treating people as assets rather than as numbers gives them a sense of purpose. Their work goes beyond getting a paycheck at the end of the month; and when the work matters, people feel that they belong. It is sometimes easy to forget that employees are not just numbers on payroll, but people with unique thoughts and opinions that are crucial to structuring better productivity.

The connection between HR and employer branding

To win in the marketplace, companies must first win in the workplace. Customers will only come to love a company when employees love it first. So how do you do it? As business executives and HR leaders realize that they don’t have the time and know-how to handle this Pandora’s box of HR, employer branding becomes a core area of interest to all of them.

And yet, companies are still struggling to keep their competitive advantage as candidates are becoming increasingly more selective, and the battle to win the war for talent accentuates. The need to bring into a company professionals matching that company’s unique culture led to the adoption of employer branding; a timid adoption that we’re hoping will be normalized soon.

When will we normalize employer branding?

Employer branding is still in its early stages, especially in non-tech industries. Its origins go back to the 1990s when an academic paper titled “The Journal of Brand Management” aimed to “test the application of brand management techniques to human resource management”. One of the writers of the paper Simon Barrow, is also the co-author of the first book on employer branding, published in 2005.

Although we’ve come a long way from 2005, employer branding remains a Pandora’s box in HR. Although it has been proven to work, HR leaders and business executives are still reluctant to full adoption. Why does employer branding deserve a seat at the HR table? Because it brings know-how that talent acquisition professionals don’t have. Setting up an EVP to retain current employees and attracting relevant new ones is a time-consuming process. It requires resources that one HR leader cannot accommodate because as human beings, there’s only so much that we can learn and do.

To some degree, the pandemic of 2020 coupled with the massive layoffs phenomenon of 2022 opened the eyes of many. Now it remains to be seen whether or 2023 will be the year employer branding goes mainstream. 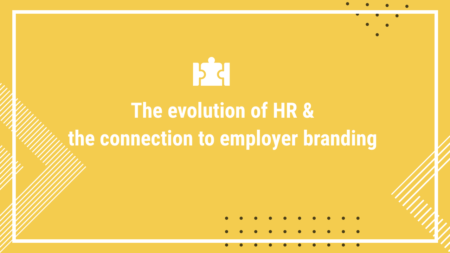 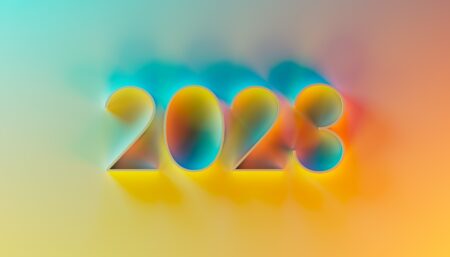 Trends in Employer Branding for 2023

Employer branding initiatives had a strong kickoff at the beginning of 2022. Organizations at large seemed eager to know more about its potential and explore..
Read More
Never miss a number
Subscribe to our newsletter and receive everything employer-branding related that we publish on this platform.

Begin typing your search above and press return to search. Press Esc to cancel.

Menu
We use cookies on our website to give you the most relevant experience by remembering your preferences and repeat visits. By clicking “Accept”, you consent to the use of ALL the cookies.
Cookie settingsACCEPT
Manage consent

This website uses cookies to improve your experience while you navigate through the website. Out of these, the cookies that are categorized as necessary are stored on your browser as they are essential for the working of basic functionalities of the website. We also use third-party cookies that help us analyze and understand how you use this website. These cookies will be stored in your browser only with your consent. You also have the option to opt-out of these cookies. But opting out of some of these cookies may affect your browsing experience.
Necessary Always Enabled
Necessary cookies are absolutely essential for the website to function properly. These cookies ensure basic functionalities and security features of the website, anonymously.
Functional
Functional cookies help to perform certain functionalities like sharing the content of the website on social media platforms, collect feedbacks, and other third-party features.
Performance
Performance cookies are used to understand and analyze the key performance indexes of the website which helps in delivering a better user experience for the visitors.
Analytics
Analytical cookies are used to understand how visitors interact with the website. These cookies help provide information on metrics the number of visitors, bounce rate, traffic source, etc.
Advertisement
Advertisement cookies are used to provide visitors with relevant ads and marketing campaigns. These cookies track visitors across websites and collect information to provide customized ads.
Others
Other uncategorized cookies are those that are being analyzed and have not been classified into a category as yet.
SAVE & ACCEPT